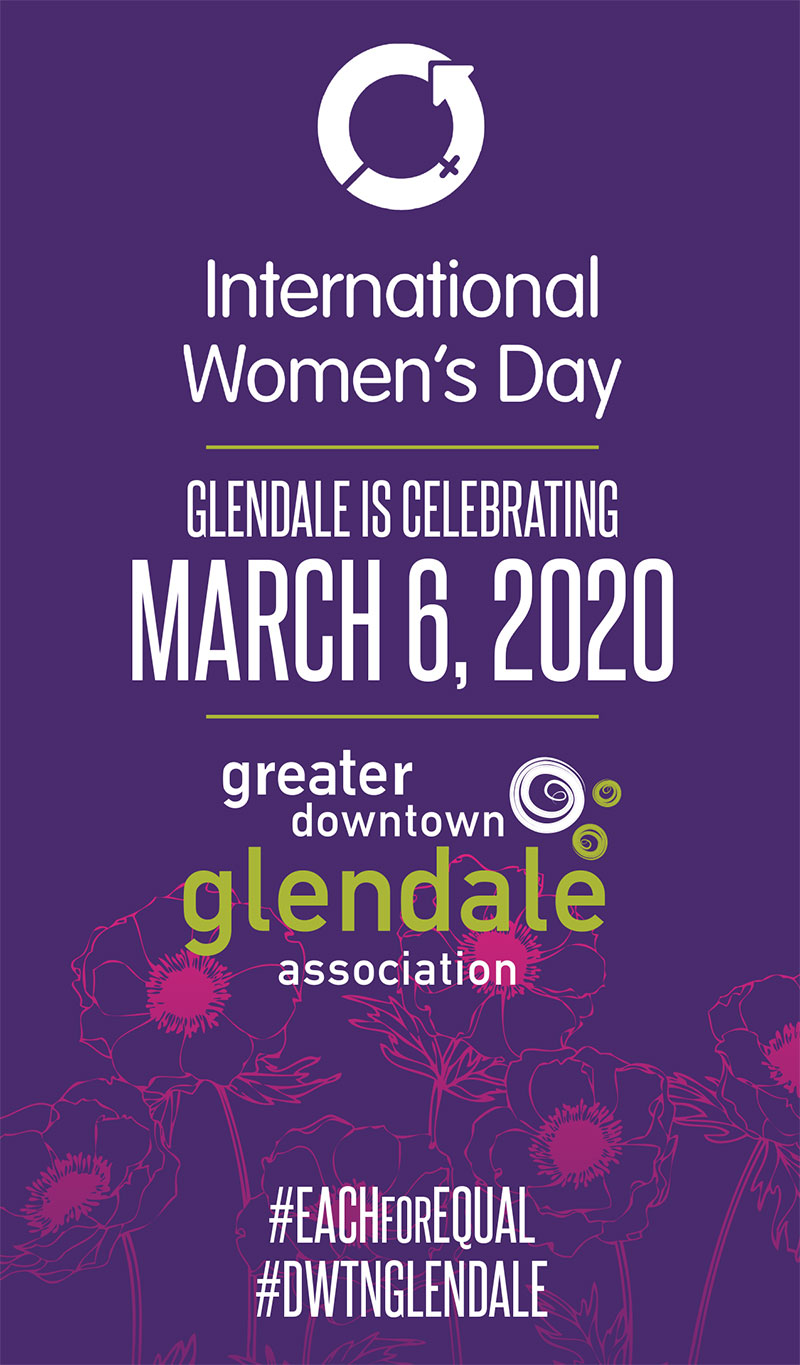 The Greater Downtown Glendale Association invites you to an International Women’s Day celebration.

International Women’s Day (IWD) is celebrated annually on March 8, and has occurred for over 100 years. This is a day to celebrate the cultural, social, economic and political achievements of women while also making it a call to action for continuing to forge a gender-balanced world. For the second year Glendale is taking part in this global celebration!

The Greater Downtown Glendale Association would like to cordially invite you to their celebration of International Women’s Day! Please join us on Friday, March 6th at Studio Movie Grill for a conversation about overcoming inequality in the Film and Entertainment Industry followed by a movie screening of “This Changes Everything.”

Immediately following the panel discussion will be a screening of “This Changes Everything,” a documentary that investigates and analyzes the gender disparity in Hollywood, featuring accounts from well-known actors such as Geena Davis and Rashida Jones, executives, and artists in the industry.

Special acknowledgement to Massage Envy of Glendale, CBRE and the City of Glendale for their support of this event.

Proceeds from ticket sales will benefit Ascencia, lifting people out of homelessness, one person, one family at a time.